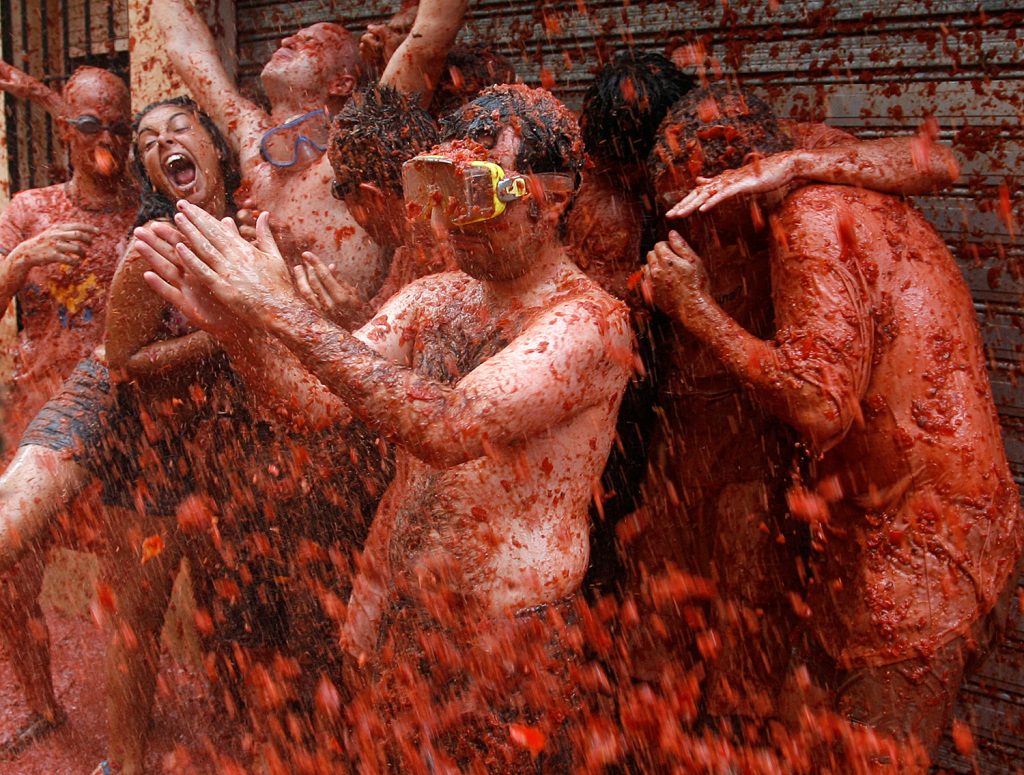 ¡Check out this video to see the awesomeness is waiting for you!

La Tomatina is a festival held on a Wednesday towards the end of August in the town of Buñol in the Valencia region in Spain. Tens of thousands of participants come from all over the world to fight in a harmless battle where more than one hundred metric tons of over-ripe tomatoes are thrown in the streets.

Many trucks haul the bounty of tomatoes into the center of the town, Plaza del Pueblo. The tomatoes come from Extremadura, where they are less expensive. The signal for the beginning of the fight is firing of the cannon, and the chaos begins. Once it begins, the battle is generally every man for himself. Those who partake in this event are strongly encouraged to wear protective safety goggles and gloves. In addition, they must squish the tomatoes before throwing for safety precautions. Another rule is that no one is allowed to bring into this fight anything that may provoke someone into a more serious brawl, such as a glass bottle. It is highly frowned upon to tear someone else’s clothing. Somewhere between an hour and two hours, the fighting ends and the cannon is fired once more to signal the end. At this point no more tomatoes can be thrown. The cleaning process involves the use of fire trucks to spray down the streets, with water provided from a Roman aqueduct. People find water to wash themselves, most likely at the Buñol River.

¿WHAT TOMATO ARE YOU?  ¿CHERRY, BOSS, OR SLEEPY?

DO NOT MISS THE OFFICIAL LA TOMATINA AFTER-PARTY!